The Storm Series has been out long enough now to allow me to explain my ideas behind it without being too worried about spoilers.

How it all began

For a very long time I had this scene in my head – It was raining, and a woman was crying as a man walked away from her.

I tried for ages to work out why she was crying and why he was walking away. Had they had a fight? Had they just broken up? Had he hit her? etc etc. I then came to me one night as I was lying in bed trying to get to sleep – she was crying because he could not, and he walking away to perform an act of revenge.

So that got me thinking – What had just happened? Why could he not cry? Why was she crying for him? What was the connection between them?

And that was how the opening paragraph from the Prelude to ‘Echoes’ came about:

“Her softly falling tears echoed the rain as she watched him walk away. He did not cry, but then, his life had made him forget how. So, in the gentle rain, just past midnight, she found herself crying for a man – a fool – who could not.”

Setting the tone and feel of the books

I knew from the start that I wanted the books to be dark and gritty, have adult story lines, and have a masculine feel about them. I also knew that I wanted the characters to be as real as possible, or as possible in a fantasy setting. I wanted the men in my books to act and sound like real men. I want the women in my books to sound like and act like real woman. Hence, I have done my best to write characters that are believable, realistic, and that the reader can relate to

On a personal note – I do feel that in modern fantasy, clichéd, and politically correct characters are far too common and are spoiling this wonderful, rich and diverse genre.

There is a very strong fantasy element with ‘The Storm Series’ we have Werewolves, Witches, Wizards, Monsters, Castles, Keeps, Vampyres, Undead etc. For me the fantasy elements should enhance and empower all the storylines and characters, they should never overpower or over shadow them.

The greatest compliment I have received, mainly from women,is from people saying that they would normally never dream of reading Dark Fantasy however, are really enjoying my books because of the characters and the storylines. as an author you really can’t ask for more than that.

To balance that out, I have also had people who say they don’t like my work (and I’ve had a couple of bad reviews). But that is ok, because that is simply life and I don’t expect everyone to like what I write. Everyone reading this will have an author that they really like and one they just cant stand.

If you would like to know more about my books or just see the wonderful covers Saskia Schnell has created for them, please visit my website http://www.alankscott.com

2 comments on “The Storm Series – The Authors Thoughts” 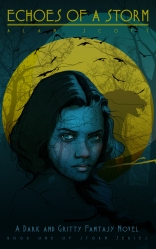 Echoes of a Storm – Book One 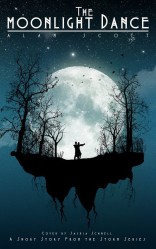 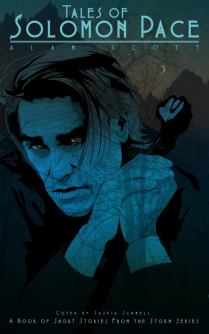 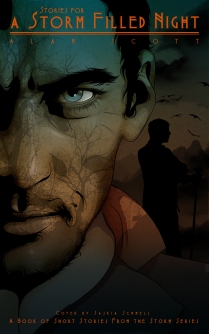 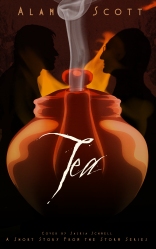 Today we went to China Town in Singapore before going to the light show at the bay. It was a great day. #singapore #lightshow
Today I was 50, and what an amazing day I have had. I’ve been to the Raffles hotel for a number of Singapore Slings. Spent a lovely 3 hours chatting to an Australian couple in Raffles. Got home and the hotel had placed these lovely towel sculptures on the bed. Then swam for a couple of hours in the infinity pool. Exhausted but loving life. 👍
You finally got into the infinity zoo at the Quincy hotel Singapore and I’m loving it. Might have something to do with the Singapore slings Kit keeps on giving us. Thank you 😊 👍 #quincyhotel #pool #nightlife
Today we went to Singapore zoo. We say #whitetigers #orangutang #zoo
An early evening swim in Singapore
View from the room at Quincy hotel Singapore